The Origin of ‘Kimchi’

The appearance of the kimchi that we see today came from the 17th century when red peppers began to be commercialized. However, the origin of kimchi has a long history that traces back to the chronicles of the Three Kingdoms Period

The Improvement of Preservation

In order to preserve food for a long period of time, Humans have been drying food by evaporating the water. since then, the method of storing food was developed to salting it with salt.

Humans have been drying food as a way to store it for a long time, or drying it to evaporate the water. Later, the method of storing food developed by salting it with salt. The next step that the people came up with to store food was to ferment it.

Kimchi is part of this process of food storage development. Our ancestors also developed a way to preserve the food with salt which was produced from salt farms. This was the beginning of kimchi. At that time, the Korean Peninsula was an agricultural society where the staple food of rice which the main component is carbohydrate, so people ate vitamins and minerals through vegetables. However, because of the four distinct seasons, people could not consume vegetables in winter. So the people soaked the cabbage in a brine and it gradually developed into what is now kimchi. When we see the old literature, we can know that the origin of kimchi started from the Three Kingdoms Period. This is because the chronicles of the Three Kingdoms Period was equipped with a cultural environment as the settlement of farming began in earnest. 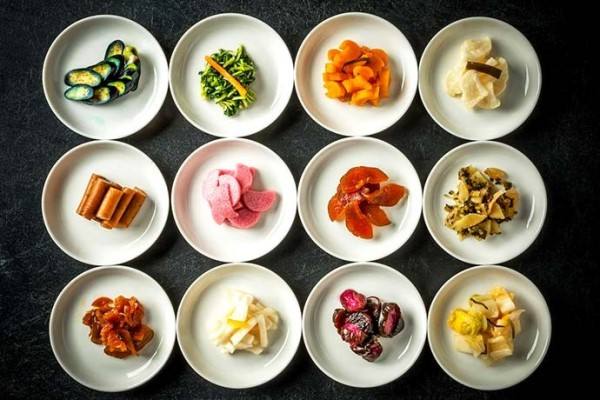 Historically, the Three Kingdoms Period was equipped with a cultural environment where a full-fledged farming was developed, resulting in the birth of early kimchi through salt pickling suitable for the climate of the Korean Peninsula.

In china and Japan, there were also many light Pickle vegetables, such as jangajji, and vegetables of lactic acid fermentation. However, kimchi is the only fermented vegetable that has seven unique flavors which add five basic flavors of food to the protein caused by salted fish and the fragrance of fermentation.

These Kimchi have developed and settled depending on the weather, seasons, the lifestyle of each family and the eating habits of each family in the Korean Peninsula.