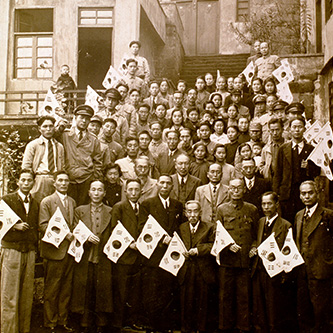 March First Independence Movement (in 1919, against the Japanese colonial rule) 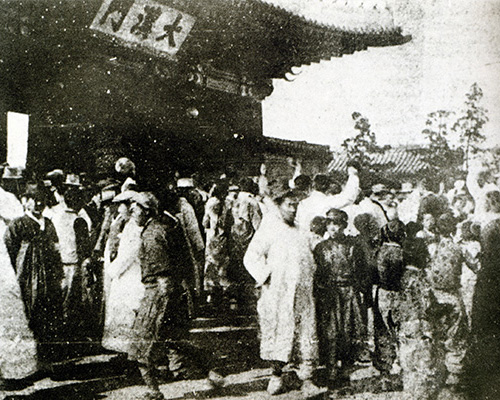 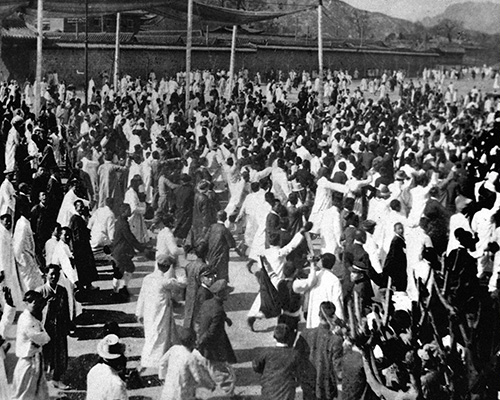 When World War I ended in 1918, the Paris Peace Conference was held to discuss what the winners of the war would get and how the losers of the war should be treated. Korean independence activists hurriedly dispatched a delegation to the conference in the name of the Sinhan Cheongnyeondang (New Korea Youth Association). On January 21, 1919, three days after the start of the conference, Emperor Gojong suddenly passed away. Judging that it was an opportune moment to inform the world of the Korean people’s determination to regain national independence, Korean religious people and students started making preparations for the independence movement. And just at the right time, Korean students issued the February 8th Independence Declaration in Tokyo, Japan.
Seoul was the cradle of the March 1st Independence Movement. Members of the Cheondogyo and Christian churches elected leaders of the movement in many parts of the country. Students also made preparations for the demonstration for the independence of Korea. Early on the morning of March 1, 1919, they distributed the text of the Declaration of Independence in downtown Seoul. This was the beginning of the movement. Around noon, many students left their schools and gathered in Tapgol Park in Jongno. The leaders of the movement gathered at the Taehwagwan Restaurant in Jongno. At 2:00 PM, the leaders held an independence declaration ceremony and reported it voluntarily to the Japanese police, whereupon they were arrested by the Japanese military police and the police. Thousands of people, including the students who had gathered in Tapgol Park, read aloud the Declaration of Independence, and started marching through the streets, shouting, “Manse!”

The March 1st Independence Movement was carried out peacefully, and without recourse to violence, by Koreans who were longing for democracy. First of all, the demonstrators asserted that peoples all over the world should be allowed to live freely and equally without being ruled by foreign imperialists. The February 8th Independence Declaration announced by Korean students in Japan pointed out that Japan’s colonial rule of Korea was the rule of the sword, treating Koreans unjustly and unequally, that Koreans were 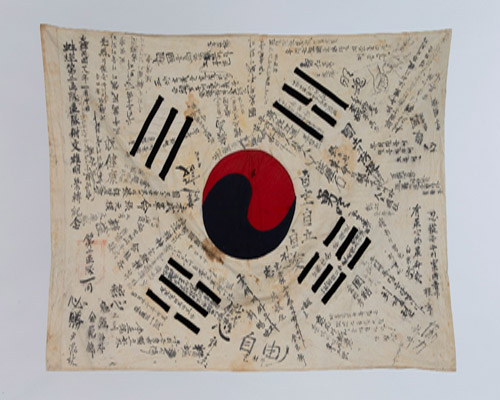 granted neither political rights nor freedom of assembly, freedom of the press, freedom of religion or freedom to do business, and that the Japanese administrative and judicial authorities and police were infringing Koreans’ rights as individuals at will. The Declaration of Independence of Korea announced by Koreans in Nikolsk and Vladivostok, Russia on March 17, 1919 singled out Japan as a public enemy of democracy. It also announced that all democrats are “our” friends in “our” struggle to regain independence. The Korean people’s struggle against the Japanese imperialists was a fight for freedom, justice, and peace. Koreans were totally delighted at the news that, on April 11, 1919, their provisional government in Shanghai had announced the Korean Provisional Charter of the Constitution, which included a clause stating that “The Republic of Korea shall be a democratic republic.”